Across the world, International Women’s Day (IWD) is celebrated every March 8. To mark the day, feats of remarkable women, both living and late, are celebrated.

The 2021 theme for IWD, as announced by United Nations, is ‘Women in leadership: Achieving an equal future in a COVID-19 world’.

The theme encourages people globally to spotlight the role women play in the process of nation-building and the promotion of democracy.

To mark the 2021 International Women’s Day, TheCable celebrates 12 women — dead and alive — who have pushed for social change, political reforms, and economic development. 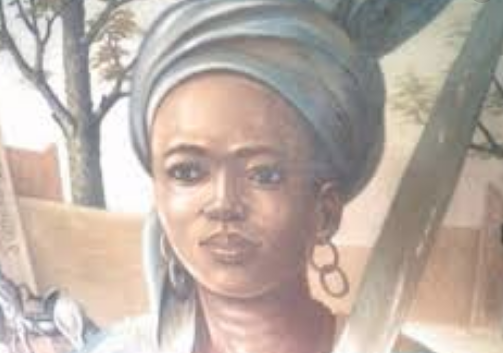 Commonly known as the warrior queen, Amina was born in 1533 and was the first woman to rule the Zazzau Kingdom, present-day Zaria in Kaduna state. She was on the throne for 34 years during the 16th century.

Three months after becoming the queen, Amina set off on her first military expedition.

She waged military campaigns to expand Zazzau territory and ensure safe passage for Hausa traders throughout the Sahara region.

Amina died in 1610 and is still remembered as a brave, smart, and talented leader. In honour of her accomplishments, her statute was built and placed at the National Arts Theatre, Iganmu, Lagos state.

Born on October 25, 1900, Funmilayo Anikulapo-Kuti was not only the first Nigerian woman to drive a car but also a prominent political campaigner and women’s rights activist.

In the 1940s, Ransome-Kuti established Abeokuta Women’s Union (AWU) and fought for women’s rights, demanding better representation of women in local governing bodies and an end to unfair taxes imposed on market women.

She was described as the ‘Lioness of Lisabi’ for mobilising women to demand their rights. She established the Nigerian Women’s Union (NWU) to fight the disenfranchisement of women across the country.

In February 1978, Ransome-Kuti was brutalised by Nigerian soldiers during a raid of the home of her son, Fela Anikulapo Kuti, a renowned Afrobeat musician. She later died of her injuries on April 13 that year.

Ekpo, born on July 27, 1914, was a renowned activist who fought for the rights of women and against their subjugation.

In the 1950s, she teamed up with Ransome-Kuti to protest killings at an Enugu coal mine.

They both travelled to different regions to mobilise women to join the NWU and be a part of Nigeria’s decolonisation journey. 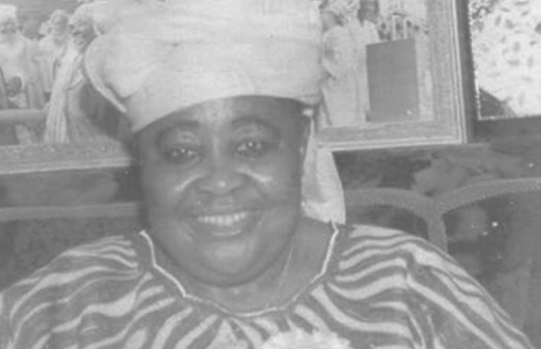 Born on February 15, 1933, Gambo Sawaba is widely regarded as the most jailed Nigerian female politician. Sawaba experienced it all; she was publicly flogged, suffered police brutality, and imprisoned a reported 16 times.

Sawaba was a women’s rights activist, politician, and philanthropist. She delved into politics at age 17 and served as the deputy chairman of the Great Nigeria People’s Party and was elected leader of the national women’s wing of Northern Element Progressive Union (NEPU), a party that supported women’s education.

In July 1958, during NEPU’s second congress, the women’s wing decided to team up with the Nigerian Women’s Union, which was under the leadership of Ransome-Kuti.

Sawaba was a campaigner against child marriage, unfair taxes, forced and unpaid labour. She also canvassed for jobs for women, education for girls, and full voting rights.

She died aged 71 in October 2001. She is regarded as a pacesetter in the fight for the liberation of northern women.

Dora Akunyili, born in July 1954, was the director-general of the National Agency for Food and Drug Administration and Control (NAFDAC) from 2001 to 2008.

She was an exemplary public servant who was honest, dogged, unflappable, and renowned for her integrity.

During her reign at NAFDAC, she led by example, serving as the general at the forefront of the fight against fake drugs and counterfeiters.

As a result of her celebrated commitment to transparency and selfless service, she won several awards for her work in pharmacology, public health, and human rights.

Akunyili died in an Indian hospital on June 7, 2014, after a battle with uterine cancer.

Ameyo Stella Adadevoh played a key role in curbing the spread of the Ebola virus in Nigeria after preventing the first case, in July 2014, from leaving the hospital at the time of diagnosis.

As a result of her efforts, the federal government declared a national public health emergency and the ministry of health stepped up to trace all possible contacts of the index patient, Patrick Sawyer.

She was also the first to diagnose and alert the ministry of health when H1H1 (swine flu) spread to Nigeria in 2012.

The Dr. Ameyo Adadevoh Health Trust (DRASA), a non-profit health organisation, was created in her honour. The film ‘93 Days, is dedicated to Adadevoh and depicts the story of the Ebola outbreak in Nigeria.

In February 2020, a road was named after her in Abuja. The ‘Ameyo Adadevo Way’ is directly linked to Ahmadu Bello Way, one of the city’s major and longest roads.

TheCable, in January 2020, unveiled her as the ‘Nigerian of the Decade’ based on her role in preventing Ebola from ravaging the country.

Kale became the first female brigadier-general and major-general in the Nigerian army in 1990 and 1994 respectively.

She was the first woman to rise to the top of the Nigerian military, especially at a period when many women could not be found in senior positions in government and the military.

The trained psychiatrist would later become the Commandant of the Nigerian Medical Corps — another first for a woman.

In 2011, shortly after the introduction of women into the Nigerian Defence Academy (NDA) programme, the female hall of residence was named after her.

Kale is the mother of Yemi Kale, statistician-general of the federation of the National Bureau of Statistics (NBS).

The story of Nigeria’s return to democracy cannot be told without including Ayo Obe, a leading lawyer and human rights activist.

For the past few decades, she has been an important figure in the country’s social, legal, and human rights movements.

As the president of the Civil Liberties Organisation, she was at the forefront of the crusade to actualise the 1993 presidential election victory of the late MKO Abiola.

Obe has been in the thick of the fight for democratic reforms in Nigeria for several years.

In March 1996, Obe’s passport was seized while she was leaving Nigeria to attend a meeting of the UN Human Rights Committee in New York.

From 1999 to 2001, Obe chaired the Transition Monitoring Group, an election-monitoring and democracy-building coalition of Nigerian non-governmental organisations. She also represented human rights NGOs while at the Police Service Commission (PSC) from November 2001 to 2006.

Obe is currently a managing partner at Ogunsola Shonibare, a Lagos-based law firm.

In 2003, she defected from PDP to Progressive Action Congress (PAC) to become the first woman to be a presidential candidate but lost to Obasanjo again.

After losing out in the 2011 presidential elections primaries to Goodluck Jonathan, she was appointed as a special adviser on ethics and values to the president in 2012. 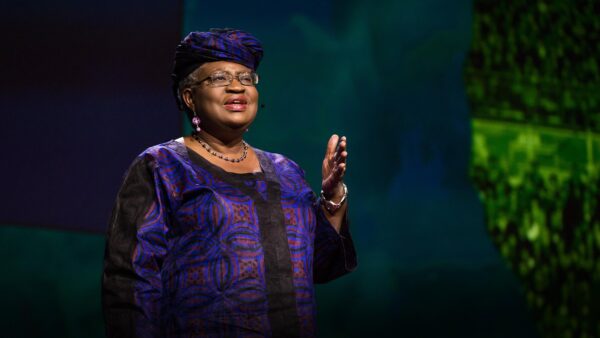 Okonjo-Iweala is an economist and international development expert who became the first African and first female to emerge as director-general of the World Trade Organisation (WTO) in March 2021.

She sits on the boards of corporate and non-profit organisations such as Twitter and Global Alliance for Vaccines and Immunization (GAVI).

Prior to being named head of WTO, she had a 25-year career at the World Bank. She was the first woman to serve as Nigeria’s finance minister and the only finance minister to serve under two presidents— Olusegun Obasanjo and Goodluck Jonathan.

In 2020, she was appointed by the African Union (AU) as a special envoy to solicit international support to help the continent deal with the economic impact of the COVID-19 pandemic.

She has won several awards and received honorary degrees in over 14 universities worldwide.

Mohammed is a Nigerian diplomat and politician who is serving as the fifth UN deputy secretary-general and chair of the UN sustainable development group.

Previously, she was the minister of environment from 2015 to 2016 when she oversaw the country’s efforts on climate action and efforts to protect the environment.

The convener and chair, Fix Politics, has a rich track record of public service and work in development.

Ezekwesili is a co-founder of Transparency International and was vice-president of the World Bank’s Africa division.

She also served as a former minister of education, minister of solid minerals, head of the budget monitoring and price intelligence unit and is also the former chairperson of the Nigerian Extractive Industry Transparency Initiative (NEITI).

When over 200 girls were abducted by Boko Haram in Chibok, Borno state, in 2014, she used the Bring Back Our Girls (BBOG) platform to draw global attention to the issue.

In March 2019, Ezekwesili won the Forbes Woman Africa social influencer award for her efforts on the #BringBackOurGirls campaign.

WATCH:What Sex Position Do You Think A Guy Can Use That Will Not Lead To Pregnancy?? | NW VOXPOP

More On
Search For Contents

No one has commented yet. Be the first!